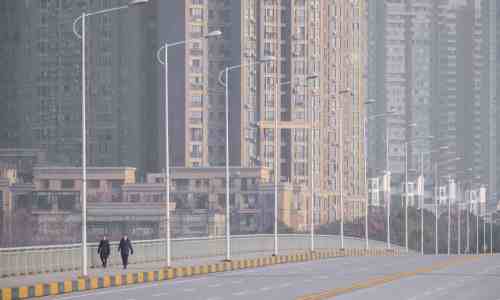 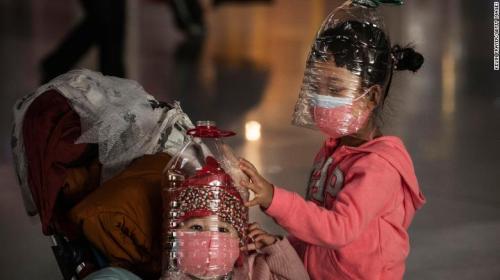 BEIJING, CHINA – JANUARY 30: Chinese children wear plastic bottles as makeshift homemade protection and protective masks while waiting to check in to a flight at Beijing Capital Airport on January 30, 2020 in Beijing, China. The number of cases of a deadly new coronavirus rose to over 7000 in mainland China Thursday as the country continued to lock down the city of Wuhan in an effort to contain the spread of the pneumonia-like disease which medicals experts have confirmed can be passed from human to human. In an unprecedented move, Chinese authorities put travel restrictions on the city which is the epicentre of the virus and neighbouring municipalities affecting tens of millions of people. The number of those who have died from the virus in China climbed to over 170 on Thursday, mostly in Hubei province, and cases have been reported in other countries including the United States, Canada, Australia, Japan, South Korea, and France. The World Health Organization has warned all governments to be on alert, and its emergency committee is to meet later on Thursday to decide whether to declare a global health emergency. (Photo by Kevin Frayer/Getty Images)